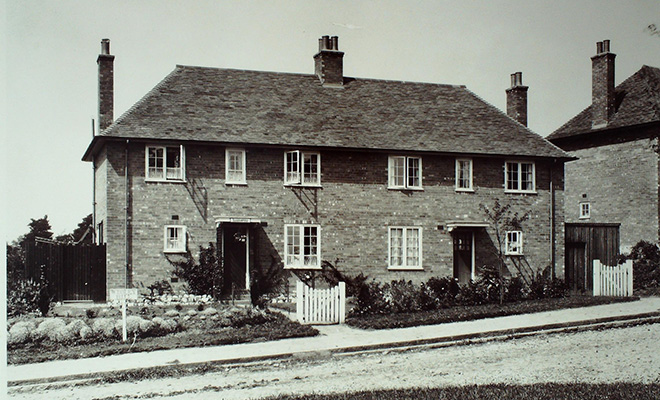 An appeal has been launched for historic photographs of a Birmingham estate as part of celebrations to mark its 100th anniversary.

Weoley Hill Village, part of the Bournville estate, and its Village Council celebrate their centenary this year, marking 100 years of bringing residents together and supporting the community.

To celebrate, the Council is appealing to residents, clubs and local societies for photographs and documents, particularly anything dating from 1921-1945.

Photographs can be of people and families, homes and gardens, council events, club and society pictures or general views of Weoley Hill over the years.

It is hoped the photographs will go on display as part of Bournville Heritage Open Day, organised by Bournville Village Trust and various community partners, in September 2021.

Bob Booth, Chair of The Bournville Society, who is helping to put together the exhibition, said: “Whilst many Village Council activities have been halted by the pandemic, the Council has still been meeting to plan events for when restrictions are lifted.

“To mark the centenary the Council will join with wider Bournville and Weoley Hill United Reformed Church for the Heritage Open Day with an exhibition of photographs showing Weoley Hill over the years.

“We are particularly looking for images between 1921 and 1945 and we would really like more individual and personal photographs and stories about the people who have lived and contributed to the community of Weoley Hill.”

Photographs can be scanned and returned or alternatively self-scanned and emailed with a description and date to Weoley Hill Village Council at cadamservices@btopenworld.com

Developed from 1914, the Weoley Hill area of the Bournville estate was spearheaded by George Cadbury Junior and partially completed between 1921 and 1930 after the outbreak of World War 1 had halted work.

Weoley Hill Village Council was also founded in 1921 and still represents the interests of people in the area. It helps to raise matters of local concern that impact on wellbeing and community life with public and statutory organisations. It is also responsible for organising popular events like the annual Weoley Hill bonfire event.

Bournville Village Trust, founded in 1900, is a community-based housing association and registered charity. Its mission is to create and sustain communities where people can thrive.