Cadbury heritage gems to throw open their doors for free 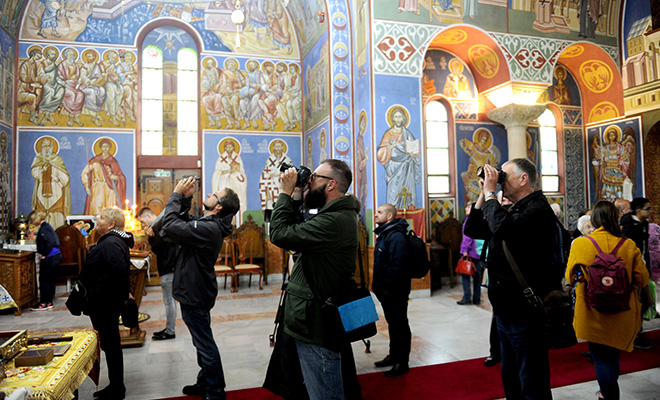 Some of Birmingham’s most treasured heritage gems, which together tell the story of the famous chocolate-making Cadbury family, are to throw open their doors for free.

A unique set of buildings in Bournville will open to the public together on Saturday 15th September, offering visitors a rare glance behind their treasured facades.

It will be one of 5,000 events taking place across England as part of the Festival, which celebrates the country’s rich history and culture.

In Bournville, 11 venues will open to the public from 10am onwards with each providing an insight into the wonderful story of the Cadbury family.

There will be tours of the famous Bournville Carillon, made up of 48 bells and one of only two working carillons in Britain. It was installed by Bournville’s founder George Cadbury following a visit to Belgium in 1906.

Pre-booked tours to climb the tower and see the instrument and magnificent view of the village will take place throughout the day.

Visitors can also pre-book to see a stunning set of houses, dating back to 1897, originally built for retired factory workers by George and his brother Richard.

The Bournville Experience visitor centre, which tells the history of Bournville through film and archives, will open for the day too and includes the ‘Sweet Delights shop’, which exhibits Cadbury chocolates past and present.

Daniel Callicott, Manager of Selly Manor Museum which was founded by George Cadbury and will also open for free on the day, said: “Last year over 2,000 people enjoyed Bournville Heritage Open Day, exploring historic gems on their doorstep for free.

“This year the event will be even better, with more to do and explore at each venue including guided tours, live music, trails and activities for all ages.

“It is a unique opportunity to see behind 11 of Bournville’s finest buildings, which together tell the story of the Cadbury family and Bournville.”

Father Nenad, from the Church of the Holy Prince Lazar, which will be opening for the event, said: “We are thrilled to invite the extended community to see our richly decorated Serbian Orthodox Church in the heart of Bournville.

“The Church Hall will also be hosting an exhibition of Serbian medieval fresco copies from the monasteries of Kosovo and Metohija. This is a very exciting time for us and we hope to share this experience with you all.”

Other buildings that will be taking part in the Bournville Heritage Open Day include:

An event map for visitors is available to download now at bvt.org.uk/our-communities/bhod2018

For information on the national festival, please visit heritageopendays.org.uk

Secretary of State for Housing visits new homes in Lightmoor

Heritage Open Day is back - with new venues