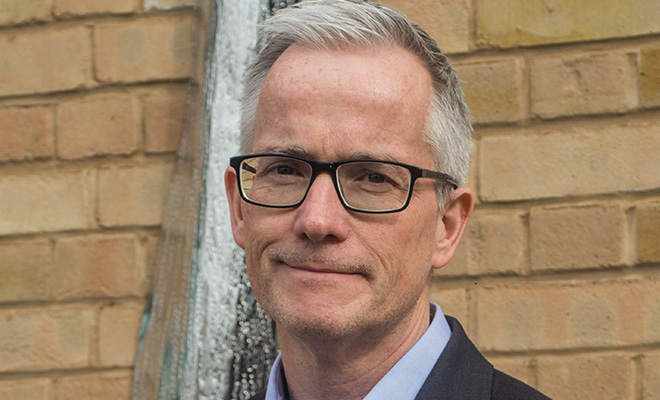 The Chief Executive of an association which played a pivotal role in a nationally-recognised regeneration success story is to join a Birmingham housing charity.

One of Birmingham’s most historic housing charities, the Trust was founded in 1900 by chocolate-maker and philanthropist George Cadbury and provides services to 8,000 homes and 25,000 people.

It has been credited with laying the foundations for latter day garden cities and is currently developing a 1,000-home garden village in Lightmoor, Telford, in partnership with Homes England.

Pete, a former chair of Birmingham’s Social Housing Partnership and commissioner of Birmingham Poverty Truth, will join the Trust after 20 years at the Pioneer Group.

The Group is well-known for managing homes on the Castle Vale estate, which was once dogged by poor housing, health and unemployment before a community-led regeneration project in the 90s.

Pete, said: “After 20 years at Pioneer Group I will miss the people and partners who have been so committed to the community-led regeneration of Castle Vale and the surrounding area.

“The valuable experience I have gained however will put me in a good position to lead an organisation that has been developing and influencing the creation of flourishing communities and garden villages for nearly 120 years.

“I feel privileged to have been appointed as chief executive of Bournville Village Trust and look forward to working with staff, trustees and residents to lead the organisation as it enters the next chapter of its exciting future.”

Duncan Cadbury, Chair of Bournville Village Trust, said: “Pete is an experienced and visionary leader who we are confident will be able to navigate the Trust through both the challenges and opportunities that we face.

“We look forward to welcoming him in June and to working together to deliver our ambitious business plan, including the completion of the development of Lightmoor village in Shropshire and our flagship care village in Bournville.”

He will replace current chief executive Peter Roach who will retire after 16 years with the charity.