Christmas lights to remain on as beacon of hope 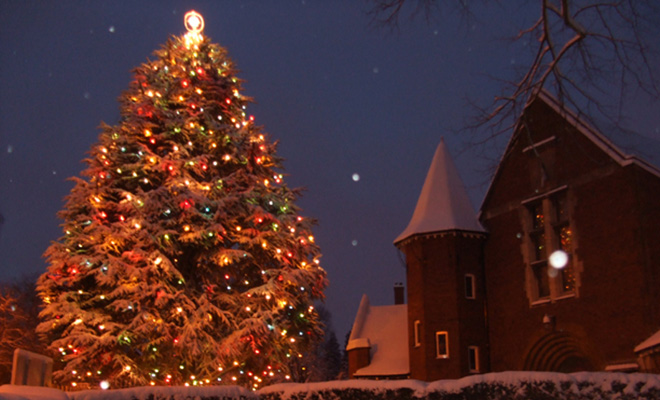 Due to popular demand and following conversations with community partners involved in Bournville’s Christmas Festival, the Bournville Christmas Tree will remain lit up until the end of January.

Bournville Village Trust and the community partners hope the decision will help to brighten up a dark, lockdown January and act as a beacon of light, hope and happiness.

The lights would usually be switched off during the first week of January.

The Christmas Tree lights were switched on as part of the Bournville Christmas Festival on 5th December, which took place online due to Covid restrictions.

Over 1,800 people watched the live stream of the Bournville Christmas Festival, including the lights switch on.

The Festival website remained live for the whole of December so that the community could rewatch the live stream, listen to performances from local groups and choirs, ‘visit’ community stalls and see a whole calendar of fantastic events.

The event was organised by community organisations, groups and churches all working together.