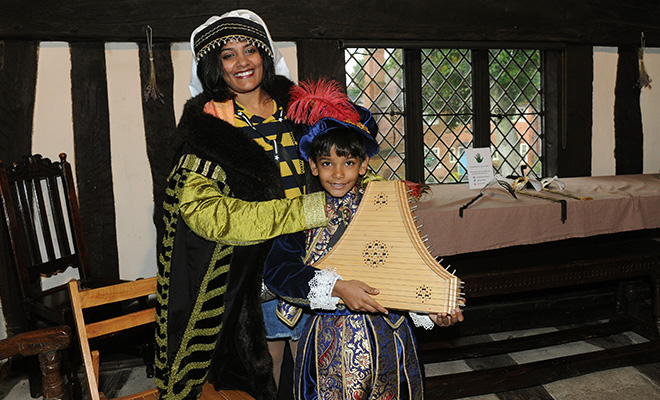 A heritage open day, which will see beautiful historic gems in a Birmingham village, throw open their doors for free for a day, is back and bigger than ever.

A total of 15 venues, including four new ones, will all be open to the public to tell the wonderful story of the Cadbury family and Bournville’s founder George.

The event will be one of 5,000 taking place across England as part of the national Heritage Open Days Festival, which celebrates the country’s rich history and culture.

Daniel Callicott, Manager of Selly Manor Museum – one of the venues taking part – said: “This will be the third year Bournville has taken part in the Heritage Open Day Festival and we are really pleased to add four new venues to the day for visitors to explore.

“Many of the venues are not normally open to the public and will be putting on special exhibitions, interesting tours and hands-on activities so there will be plenty for all ages to enjoy and take part in.

“It is a great opportunity to see history come to life and learn about the lasting legacy of one of Birmingham’s most famous entrepreneurs and the Cadbury family.”

Bournville Heritage Open Day has been organised by Selly Manor Museum and Bournville Village Trust, which were both founded by George Cadbury.

Venues that are opening for the event will include the Bournville Experience visitor centre which brings the history of the village to life and includes the ‘Sweet Delights shop’ which exhibits Cadbury chocolates past and present.

Bournville Model Boat Club, founded in the early 1900’s, will also greet visitors at the pool at Valley Parkway where they will have a number of boats available for visitors to sail.

Selly Manor Museum will take part in the event for the third year in a row, opening its doors for free with dressing up, games, a family trail and exhibition all on offer.

Other buildings that will join in the Bournville Heritage Open Day 2019 include:

An event map for visitors to download is available by going to the Bournville Heritage Open Day page of this website.

For information about the national festival, please visit www.heritageopendays.org.uk