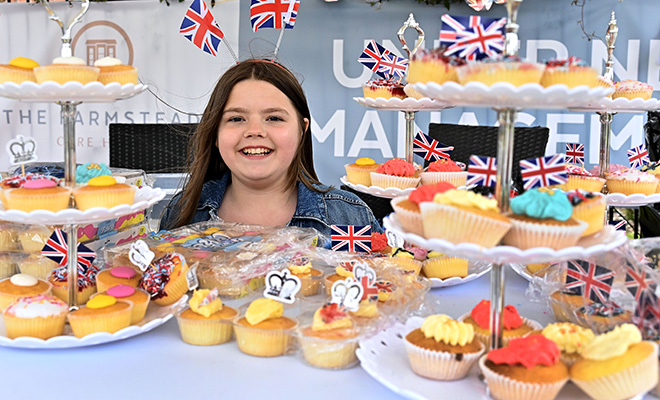 There were lots of Platinum Jubilee celebrations that took place in our communities in Birmingham and Telford last month.

Platinum Jubilee celebrations began in Lightmoor with a beacon lighting ceremony. The Village was one of 3,000 locations across the UK and commonwealth lighting a beacon and only one of two locations in Telford.

Residents were asked to nominate fellow residents to be given the honour of lighting the beacon on the night. There were lots of great entries and judges couldn’t pick between two, so 18-year-old Josh and six- year-old Evie did it together.

Both Josh and Evie have faced many health challenges in their short lives, so thoroughly deserved the honour. They also cut a specially designed Platinum Jubilee cake, which had been designed by Alisha, a pupil at Lightmoor Primary school.

On the Saturday of the Platinum Jubilee weekend, Lightmoor Village held a fun afternoon which was going to include a picnic but the weather wasn’t so kind. However it didn’t stop the fun, the face painter never stopped, neither did the balloon maker. Kids (and BVT colleagues) enjoyed taking part in the egg and spoon and sack races during the dry spells and despite the weather, ice cream was enjoyed by all.