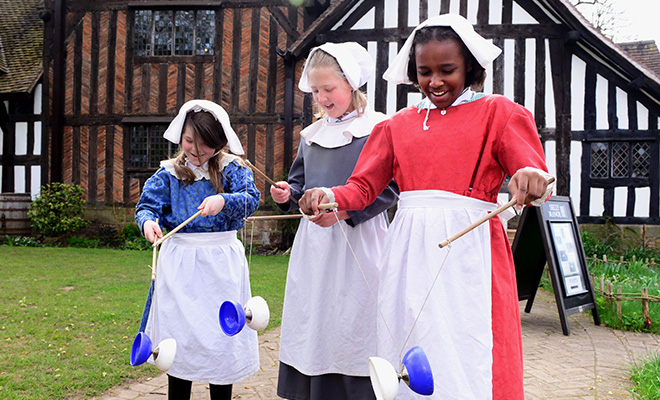 A Birmingham museum which is celebrating its 100th anniversary this year is to host a series of hands-on summer workshops for children starting from next week.

The workshops, which cost just £4 each, will start on Tuesday 23rd August and run to Thursday 1st September, at 10am and 1pm at Selly Manor Museum in Bournville.

Each day, children will be able to take part in a hands-on workshop where they will learn how to make crafts, draw or design from experienced and friendly staff.

Sessions will range from superheroes, where children will make their own masks, capes and utility belts, to an illustration session where youngsters will learn how to draw and bring characters to life.

There will also be dinosaur and paper planes workshops and an animation & old-school cinema session, where youngsters create their own mini theatres and puppets.

Gillian Ellis, Heritage Manager at Selly Manor Museum, said: “Our workshops are full of fun, hands-on and diverse with just about something to suit every child. All children will be able to take the crafts they’ve made home with them too.”

Booking for the summer workshops is essential and costs £4 per child. Children must be accompanied by an adult.

Dating back to 1474, Selly Manor was once thought to be the manor house for Selly until research revealed it was a prosperous house that was home to a host of colourful characters.