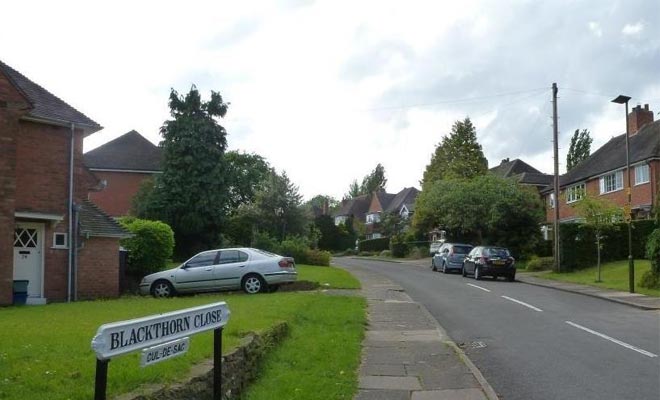 Sunday 8th June saw the residents of Blackthorn Close holding an 80th birthday party for their street. Tessa Mitchell, BVTs Head of Community Services, was invited to attend the event which saw residents hold open gardens and all meet together for tea and cake. They also put together a display of photographs and articles relating to the Close and the people who have lived there over the years. One such item was a 1925 Rent Book! Gillian Ellis, BVTs Heritage Manager, managed to find a number of old photos from the Trust archives from the 1940/50s which were also displayed.

Residents have been putting together their memories and aim to publish a booklet recording the history of the Close which they will give to new residents in future. The Close was built by the Holdings family who had the builders yard in Cob Lane, now 9 apartments called The Holdings. The family also lived in the Close. The first children born in the street were Christine and Michael Johnson and both still live there! They have seen many changes over the years not least the expansion of the kitchens in the houses. Christine said that years ago they were quite small as people went shopping everyday and had bakers, butchers and other providers calling on them door to door. This has changed and with the development of appliances such as fridges and freezers and growth of supermarkets and the kitchens in all the properties have been expanded over the years. Another vivid memory for some at the party was the VE Day Street Party when Mrs Lawrence Cadbury stood on the door step of number 37 and sang Jerusalem, accompanied by Mr Vick on his piano. Resident Suzette Spears, had organised a 50th birthday party for the Close and felt it was important to hold another celebration which was welcomed by all the residents. There is incredible community spirit in the street with everyone knowing each other and keeping the founding principles of George Cadbury’s vision for the Bournville Estate alive and well.