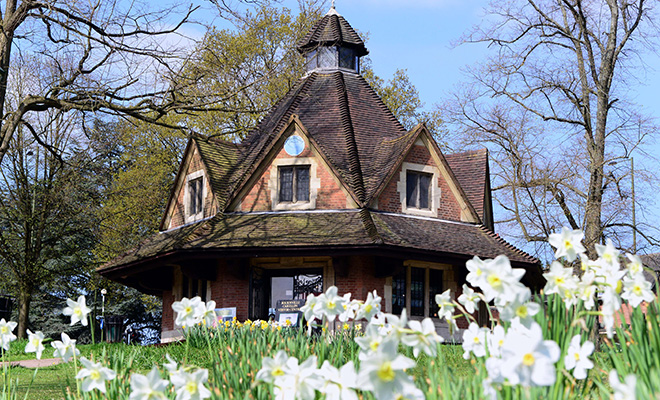 Bournville Village Green has been recognised by the Green Flag Award Scheme as one of the very best in the world for a fifth year running.

The Village Green, which plays host to events such as the annual Christmas Festival, is among a record-breaking 1,883 UK parks and green spaces that will receive the prestigious Award this year.

This international award, now into its third decade, is a sign that the space boasts the highest possible environmental standards, is beautifully maintained and has excellent visitor facilities.

Often described as the ‘jewel in the crown’ of Bournville, the Village Green dates back to 1900 and was part of chocolate-maker George Cadbury’s original plans for the garden village.

Today, it regularly plays host to some of Bournville’s most popular events and is also home to the listed Bournville Rest House.

Lloyd Gower, Head of Bournville Village Landscapes, said: “We are really pleased to be awarded a Green Flag for the fifth year running.

“Bournville’s open spaces and parks are what help to set it apart from others and this award is a reflection of the hard work of our landscape team who maintain, enhance and protect the Green, and other spaces in Bournville, all year round.”