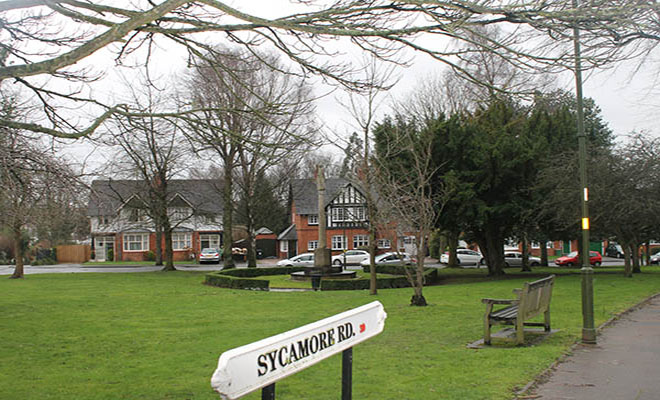 A memorial unveiled by George Cadbury’s wife Dame Elizabeth to honour brave Bournville men who died during the First World War has been awarded special status.

The Bournville Cross has received Grade II listing following a decision by the Secretary of State for Culture, Media and Sport to see it formally recognised.

Unveiled 93 years ago, the memorial has now been placed on the List of Buildings of Special Architectural or Historic Interest – celebrating its historic importance and offering it special protection for the future.

“Whilst it is already a much-loved and respected memorial in the village, it’s fantastic to see its historic and architectural importance recognised more widely.

“The listing will ensure that it is fully protected now and in the future, meaning that the sacrifices made by Bournville people will never be forgotten.”

Alan Shrimpton, whose great uncle Herbert Shrimpton died at Ypres and is commemorated on the memorial, said: “At the time of the First World War, Bournville was still a fairly small place and almost every street had multiple deaths.

“My family on both my mothers and fathers side all worked at Cadburys and I am very pleased to see ours and other families loss protected and remembered for ever.”

John Whittingdale, Culture Secretary, who leads for the Government on First World War commemorations, said: “Over a million Britons lost their lives in the First World War. It’s important that their sacrifice is not forgotten – and that the lessons learnt during that time are as resonant now as they were then.

“War memorials are a valued part of our heritage and it is absolutely fitting that we cherish and preserve them for future generations.”

Situated on Sycamore Road, the Bournville Memorial Cross is a lantern cross in the medieval style and was funded by people living in the village.

It was unveiled on 25 July 1923 by George Cadbury’s wife, and philanthropist, Dame Elizabeth Cadbury at a ceremony led by local clergy.

In October 2000, it was proposed that the lettering and inscriptions on the memorial, which had become eroded over time, be re-cut.  A fundraising appeal was launched and over £14,300 was raised to restore it.

Following its restoration, the memorial was re-dedicated by Reverend Peter Babington on 25 July 2003.

Three war memorials in Birmingham are among the latest to be listed over the last year through Historic England’s pledge to protect 2,500 memorials by 2018, marking the centenary of the First World War.

Historic England, together with War Memorials Trust, are offering advice and grants to help members of the public submit applications to have their local war memorials listed and repaired where necessary.

For details on getting a memorial listed or repaired – or both – look at http://historicengland.org.uk/news-and-features/first-world-war-home-front/how-can-i-get-involved/protecting-our-war-memorials/