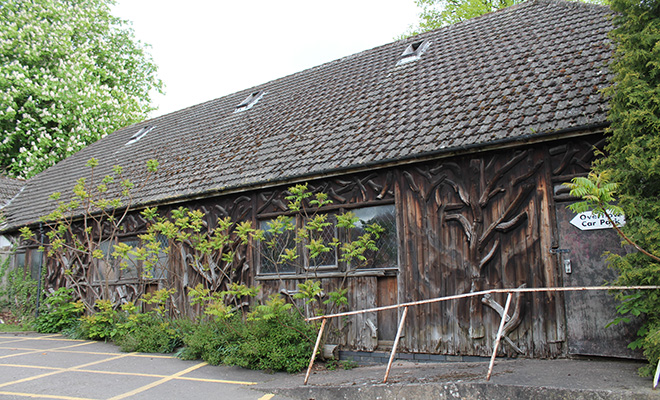 A 120-year-old disused building once used as a training camp for an ambulance unit during World War II could be brought back to life and the public is being invited to help shape its future.

The Cadbury Barn in Manor Farm Park in Northfield was once used by the Friends Ambulance Unit as a base to train recruits heading to the front line to care for injured soldiers.

Built in 1895, it also hosted thousands of children from deprived areas of Birmingham and the Black Country who were invited by George Cadbury to enjoy fresh air, food and drink.

Adrian Millicheap, Deputy Director of Bournville Architects part of Bournville Village Trust, said: “There is a real fondness for the Cadbury Barn locally which is reflected in the fact that almost 400 people have given their thoughts on its potential renovation.

“There are now a number of proposals for people to view, including refurbishing the adjacent buildings for residential use, office use or for sheltered housing.

“All of the options will involve the refurbishment of the Barn as a large open-plan space that is capable of being used for a variety of community purposes.”

Simon Buteux, Director at Birmingham Conservation Trust, said: “The Cadbury Barn is a wonderful building with a fascinating history.

“However, for any empty historic building to have a future it needs to have a use which is sustainable and meets the needs of its potential users today; this is why we want the public to comment on the options we have been exploring.

“We would especially welcome comments from community groups and individuals local to Manor Farm Park”.

Lesley Pattenson, from the Friends of Manor Farm Park Committee, said: “We are very excited that there is at long last a real chance of resurrecting this unique building to potentially provide a cafe, toilets and other facilities for park users and the wider community.”

Built shortly after George and Elizabeth Cadbury moved to Manor Farm in 1894, the Barn, the farm and all its buildings were passed to Birmingham City Council in 1954.

The land later became Manor Farm Park, which is managed by the Council.

A public meeting to view and discuss the proposals for the Barn and surroundings buildings will be held on Monday 16th March from 6pm-8pm at Shenley Court Hall in Selly Oak.