One of city’s oldest community centres set for £25k facelift 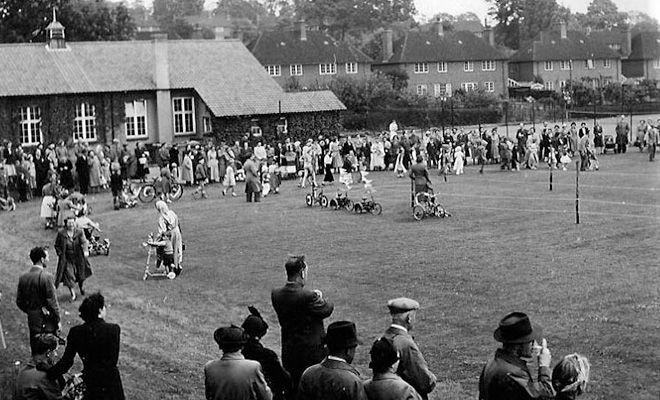 One of Birmingham’s oldest community centres – set up with the help of the son of chocolate-making pioneer George Cadbury – is in line to get a £25,000 facelift.

Weoley Hill Village Hall in Bournville opened in 1925 after local people, and Bournville Village Trust, raised over £2,000, equal to £277,000 today, to fund it.

George Cadbury Junior, George Cadbury’s son from his first marriage to Mary Tylor, played an instrumental role in opening the building, which has since hosted numerous events.

It is now set to benefit from a range of improvements, partly self-funded by the Hall and through funding from Bournville Village Trust, a charity and housing association.

The Hall’s wooden entrance, which is showing signs of wear and tear, will be replaced and a new disabled toilet and storeroom/office will also be added.

Mick Danks, Treasurer of the Hall which is managed by Weoley Hill Village Council, said: “The Hall has been at the centre of the community for 91 years and is home to lots of community groups, including dance and art groups, a children’s after school club and Weoley Hill tennis club.

“While the front was extended over forty years ago, the entrance is now showing its age and we decided to take the opportunity to replace the porch and also improve the facilities we provide.

“We’re confident the improvements will make the Hall more appealing and user-friendly for all the groups and individuals who use it now and in the future.”

John McHugh, Head of Communities and Supported Housing at Bournville Village Trust, said: “Weoley Hill Village Hall is an important part of Bournville’s heritage and is as much loved today as it was when it opened in 1925.

“We are proud to be able to support Weoley Hill Village Council in investing in the building and in turn support the many community groups and families who use it.”

Work is expected to start on the Hall in the summer if given the go-ahead by planners, and be complete by the autumn.

Developed from 1911, the Weoley Hill area of the Bournville estate was spearheaded by George Cadbury Junior and was completed in the 1920s, after the outbreak of World War 1 halted work.