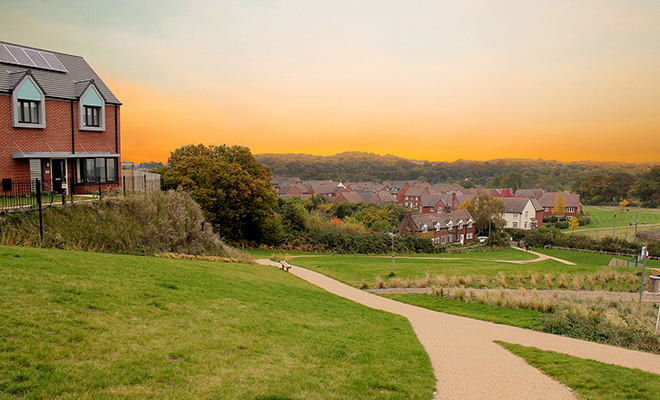 Consultation has started on plans to create a brand new park in a Telford village to add to its extensive network of open spaces.

Residents in Lightmoor are being invited to consider proposals for the two acre park, which will be the third new formal park to be developed in the village.

Plans for the park, alongside Stocking Park Road, include a play area with swings, slides and a zip wire, all suggested by children at an earlier consultation.

It may also include a ‘wild play trail’ set in a wildflower area with long grass and equipment for youngsters to explore, balance and climb on.

Adults in the village could also be catered for, with proposals to install a range of outdoor gym equipment included in the plans.

There will also be nearly 40 trees, paths, benches and litter bins in the park which will be jointly funded by Bournville Village Trust and the Homes and Communities Agency (HCA), and managed by the Trust.

Becci Youlden, Head of Stewardship and New Communities at Bournville Village Trust, said: “We think providing open spaces and parks is a really important part of developing a community, which is why we’re pleased to reveal plans for Lightmoor’s latest park.

“Not only will it provide fantastic facilities for children and families to enjoy, but its paths will form part of the network spanning the whole village.

“We hope, once developed, it will encourage families to embrace an active lifestyle, enjoy the great facilities on their doorstep and come together as a community.”

Karl Tupling, General Manager for the Midlands at the HCA said: “Lightmoor is an excellent example of the HCA’s work to increase house building and help more local people have access to a home of their own.

“Open spaces such as this new park are an important part of this work, helping to create an attractive new community that people want to live in.”

Residents can view consultation documents and plans for the park by visiting the Oak Tree Community Centre or Bournville Village Trust’s office, both in Lightmoor.

Lightmoor Village is a major housing development which will create up to 1,000 homes as well as a host of community facilities once complete.

It is being developed through a joint venture between housing association and charity Bournville Village Trust and the HCA.

Once complete, more than half of the area of the Village will be used for parks and other open spaces.