Platinum Jubilee beacon to be lit in Lightmoor Village 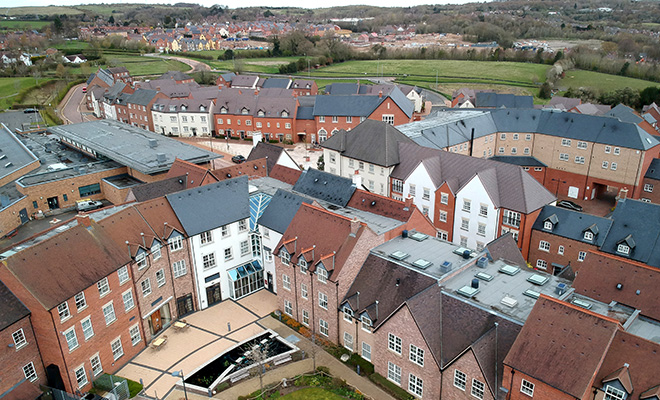 Residents in Lawley and Lightmoor Villages are being invited to the lighting of a beacon as part of the celebrations for the Queen’s Platinum Jubilee.

A total of 1,500 towns and cities across the UK will simultaneously light a beacon on Thursday 2nd June at 9.45pm the pay tribute to the Queen.

Lightmoor Village, home to around 1,000 people, has been chosen as one of the only two locations in Telford to host the honour.

Residents of both Lawley and Lightmoor Villages, both managed by community organisation Bournville Village Trust, are being invited to the beacon lighting event. They will also host their own celebratory events for families on Saturday 4th June.

“This will be just the start of celebrations for Lightmoor Village residents who will be joining in the big lunch on Saturday 4th June where we are planning a fun afternoon for all to enjoy.”

Bruno Peek LVO OBE OPR, Pageantmaster of The Queen’s Platinum Jubilee Beacons, said: “Building on a long tradition of lighting beacons to mark significant royal celebrations, over 1,500 Platinum Jubilee Beacons will be lit across the UK and Commonwealth on the first evening of the four-day Jubilee Weekend (on Thursday 2nd June 2022).

“The beacons will enable local communities to join together and pay tribute to Her Majesty as part of the official programme of events.”

Nick Freeman, Lawley Estates & Stewardship Manager at Bournville Village Trust, said: “Having the opportunity to be part of the beacon ceremony is really special and I hope Lawley Village residents will go along.

“I’m also really excited about the afternoon we have planned on Saturday 4th June with live music, entertainment and lots of other activities for everyone.”

Bournville Village Trust is one of the Midlands’ leading and longest-serving independent community-focused organisations.

Its aim is to create and sustain communities where people can thrive, which it does by providing a range of multi-purpose holistic services.  It works within more than a dozen diverse and distinctive communities in Birmingham and Telford, serving thousands of people.

Further information on the Platinum Jubilee celebrations will be available on Bournville Village Trust’s social media channels or residents can call 01952 898524 or email events@bvt.org.uk