Residents invited to have say on renovation plans for rare cottage 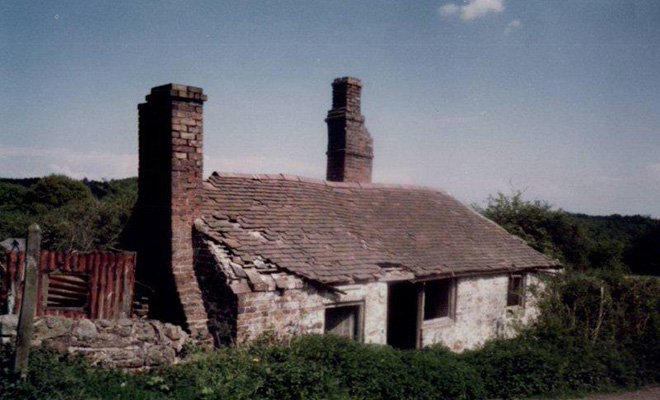 Residents in a Telford village are being invited to have their say on plans to bring a dilapidated 18th century cottage back into use for the community.

The run-down building, known as Squatters Cottage, is in Lightmoor which is being developed by housing association and charity Bournville Village Trust and the Homes and Communities Agency.

The Trust, founded by chocolate-maker George Cadbury 117 years ago, is keen to transform the derelict Grade-II sandstone building for the benefit of local residents.

A planning application to refurbish the cottage has been submitted and current ideas for its use include a learning space, a heritage centre or a base for nature activities.

Residents are being invited to discuss the proposals at a consultation event on Tuesday 7th November at the Oak Tree Community Centre in Lightmoor from 5.30pm-8pm.

John Haywood, Estates Manager at Bournville Village Trust, said: “The cottage has huge potential to be an excellent resource for residents and there are lots of ideas for how it could be used.

“It’s important that it meets the needs of local people and offers something different to the Oak Tree Centre, also in the village, which is why consulting with residents is so important.

“We’ll also be talking to residents about other key decisions, like updating our design guide for homes, which need to be made in the village over the next few months.”

Built in 1794, Squatters Cottage was originally a single room with later extensions adding a kitchen and bathroom. In the 1920’s it was known as 8 The Stocking and became vacant in 1963.

Neighbouring cottages were demolished in the late 1970’s, leaving the building as a rare example of such a property.

It was surveyed by the Ironbridge Gorge Museum in 1985 and listed in 1992.

Lightmoor village is a major housing development which will create up to 1,000 homes once housebuilding is complete.

It is being developed through a joint venture between housing association and charity Bournville Village Trust and the Homes and Communities Agency.

Once complete, more than half of the area of the village will be used for parks and other open spaces.