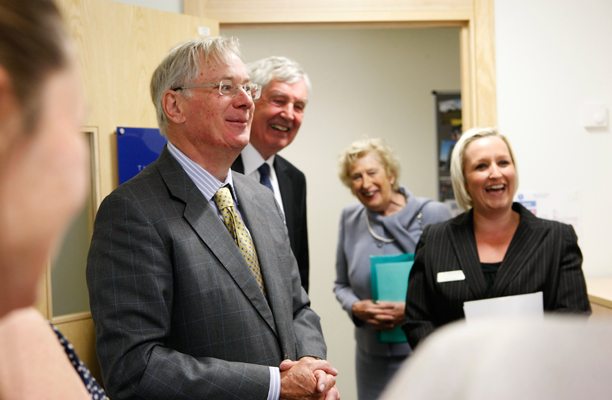 Last Friday, His Royal Highness the Duke of Gloucester officially opened Lightmor Village in Telford, the visionary housing project that has been created through a joint venture between Bournville Village Trust (BVT and the Homes and Communities Agency (HCA).

The Duke arrived by helicopter and was greeted by lines of flag waving school children and local residents.

During his visit, His Royal Highness was given a tour of Bournville House, the innovative Extra Care Scheme designed by Bournville Architects. He met tenants from the 59 apartment scheme for older people and took lunch with invited guests including the Mayor of Telford, The Lord Lieutenant of Shropshire, the High Sheriff and the HCA. The Duke continued his tour of the Village, visiting the Oak Tree community centre, primary school, children’s nursery and the home of one of the local residents before unveiling a plaque in the Village centre. His Royal Highness paid particular reference to the vision of Bournville Village Trust in creating a model for sustainable communities where community spirit was at its very heart.

“We were honoured and delighted  to welcome HRH The Duke of Gloucester to Lightmoor Village. He complimented the Trust on the creation of an attractive village, where communities could thrive and where the Trust could really help to make a difference to people’s lives. It was a memorable occasion, and even the sun shone on our celebrations!”

Before leaving Lightmoor the Duke was asked to unveil a final plaque to commemorate the award of Queen Elizabeth II Fields in Trust status to Woodlands Park, the dedicated sports field within the Village. An application to grant Woodlands Park with Fields in Trust status was made in 2011. The opportunity for this to be acknowledged by a Royal visitor was a fitting end to an extraordinary day for the community of Lightmoor. 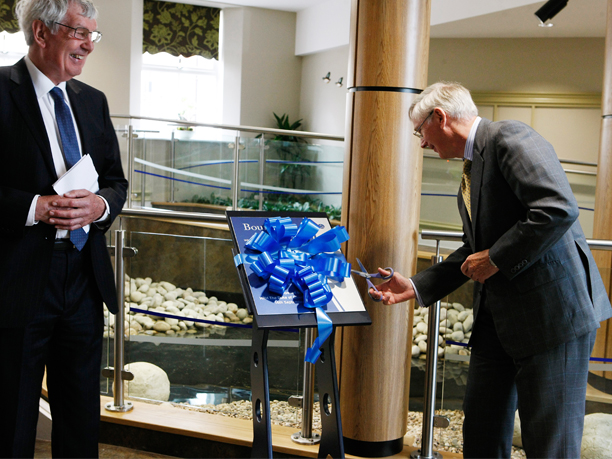 As Lightmoor enters its final phase of development, a further 450 homes are due to be built by 2019. As the UK’s demand for housing continues to outstrip supply, Lightmoor has already been identified as having many of the features that new developments require to create flourishing communities for the future.