Residents urged to register for 2016 royal clean up 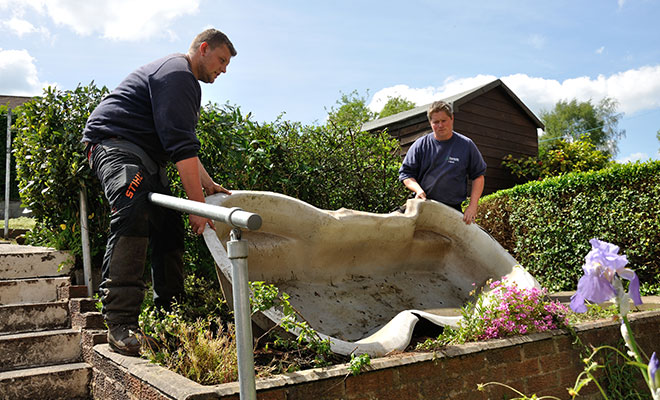 Residents in Birmingham and Telford are being urged to get their ideas in now for a new year tidy up campaign inspired by the Queen’s 90th birthday.

Bournville Village Trust is asking its residents in areas including Bournville, Selly Oak, Northfield, Kings Norton, Bloomsbury and Bordesley in Birmingham, and Brookside, Dawley,  St Georges, Lightmoor and Lawley in Telford, to nominate areas they feel need a mini-makeover.

As well as nominating ideas, residents can also volunteer their time for the Trust’s Big Tidy Up, which will run from 29th February to 4th March 2016.

The Big Tidy Up has been inspired by Keep Britain Tidy’s ‘Clean for the Queen’ campaign which aims to clear up Britain in time for the Queen’s milestone 90th birthday, which will be officially celebrated in June 2016.

Becci Youlden, Head of Stewardship and New Communities at Bournville Village Trust, said: “It’s staggering to believe that over 2.2 million pieces of litter are dropped on the country’s streets every day.

“We can make a difference though and we’re encouraging residents to tell us where a tidy up is needed, be it litter picking or painting a fence or anything else that may be appropriate.”

“We’re also keen to get as many volunteers on board as we can and we can supply litter pickers, rubbish bags and high-vis jackets for the clean-up work.”

The deadline for submitting nominations for the Trust’s Big Tidy Up campaign is Friday 15th January 2016.

To nominate ideas or volunteer, residents in Birmingham should call Jessica Allan, Community Development Manager, on 0300 333 6540 or email jessicaallan@bvt.org.uk

Residents in Telford should call Fleur Hemming-Mount, Community Development and Involvement Manager, on 01952 567417 or email fleurhemmingmount@bvt.org.uk

Bournville Village Trust is a housing association and charity founded by chocolate-maker George Cadbury in 1900. It provides services to 8,000 homes and 25,000 people in Birmingham and Telford.

The Trust is committed to protecting and enhancing green and open spaces and this year Bournville Village Green was unveiled as one of this year’s Green Flag Award winners – the mark of a quality park or green space.