Scouts spend a night at the Museum for centenary celebrations

Young Cub scouts were true to their motto by coming prepared with sleeping bags and torches for a celebratory sleepover at a Birmingham museum.

Selly Manor Museum, in Bournville, invited 25 Cubs to take part in its first sleepover to mark the Museum’s, and the Cubs’, joint 100th birthdays this year.

The children, all part of the 1st Bournville troupe, played games and went on a fun-filled trail around the Museum before bedding down for the evening on Friday (8th July).

Daniel Callicott, Manager at Selly Manor Museum, said: “The 1st Bournville Cubs were the first people to sleep at Selly Manor for over a hundred years and they had a wonderful time learning about this special house, playing games and taking part in fun-filled activities.

“It was a brilliant way to mark a special year for both Selly Manor and the Cubs.”

Hanna Barlow, from the 1st Bournville Cubs, said: “The Cubs had a fantastic time being somewhere new for a sleepover and celebrating our centenary with Selly Manor Museum.”

The sleepover is the latest in a year-long series of events held to celebrate 100 years since Selly Manor was saved from demolition by chocolate-maker and philanthropist George Cadbury and opened as a Museum.

In August, the Museum will host a special exhibition charting the history of Selly Manor from its earliest known origins in 1476, to the present date.

The exhibition, which will run from 2nd-19th August, will include never-before-seen heritage photographs dating back to 1916 showing the Museum’s move and reconstruction.

Selly Manor, once a prosperous house before it was split into three small cottages in the 19th century, slowly fell into disrepair until it was spotted by George Cadbury who had it carefully taken down and moved to Bournville.

Today, the Museum welcomes thousands of visitors each year and tells the stories of how people cooked, dressed and lived 500 years ago.

For more information about the Museum, which is managed by Bournville Village Trust, visit sellymanormuseum.org.uk 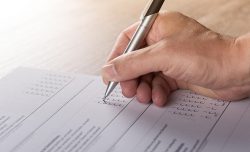