Secrets behind the historic hall saved by Cadbury revealed 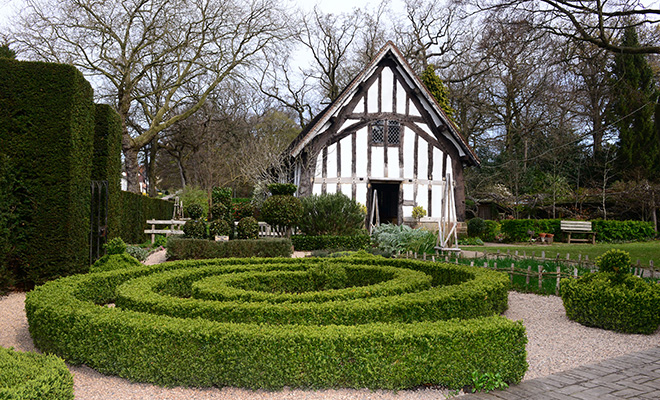 The secrets of one of Birmingham’s oldest buildings, saved from destruction by world famous chocolate maker George Cadbury, are to be revealed in a new exhibition.

Medieval hall Minworth Greaves dates back to the 1300s and was destined for demolition before it was rescued and brought back to life in Bournville.

In a new exhibition, the secrets of the historic hall will be revealed with never before seen archival plans, drawings and photographs of the timber-framed building.

Visitors will be able to learn the remarkable story of the hall, from its ancient origins to how it was rescued and carefully reconstructed in 1932.

Daniel Callicott, Heritage Manager at Bournville Village Trust, which manages Minworth Greaves, said: “Minworth Greaves is one of the City’s oldest and most fascinating buildings and would have been lost forever had George Cadbury not stepped in to save it.

“This year marks 90 years since it was carefully reconstructed in Bournville, long before the construction equipment and expertise that we have today.

“We’re really excited to share the hall’s hidden story through this new exhibition and show the extraordinary lengths George Cadbury went to ensure it was preserved for future generations to use and enjoy.”

George Cadbury and his architect William Alexander Harvey stepped in to rescue Minworth Greaves in early 1900 when it was found by Harvey in a small hamlet near Sutton Coldfield.

The land which the hall occupied was purchased by the drainage board which planned to demolish the building to make way for a large sewage works.

It was then that Harvey and Cadbury stepped in to the rescue Minworth Greaves and preserve its past for future generations, purchasing it for a mere £25 in 1912.

Today Minworth Greaves lies in the heart of the Bournville community as part of Selly Manor Museum, and is a bustling hub for exhibitions, functions, events, weddings and for people to discover the rich history of Birmingham.

Preserving the Past: An Exhibition on Minworth Greaves will run until 29th July at Selly Manor Museum, Maple Road, Bournville, Birmingham, B30 2AE.  For more information, go to https://sellymanormuseum.org.uk/events/2022-07-19/minworth-greaves-exhibition

Archival plans and drawings featured in the exhibition have been conserved thanks to the Association of Independent Museum and Pilgrim Trust Conservation Grant, and expert conservator Louise Vaille.