Summer of fun for youngsters thanks to pioneering parents 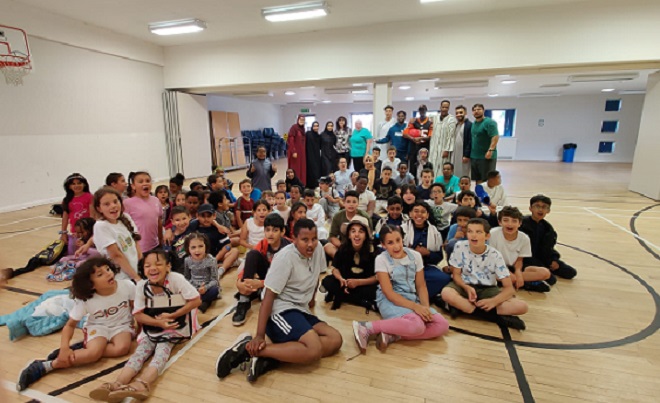 Nearly 90 children are enjoying a summer of sport, team building and fun thanks to a group of pioneering parents who formed their own sports club during Covid.

Children aged five to 14 are meeting every day throughout August after a kick about in the park between kids sparked the creation of the Manor Farm Park Sports Club.

Not only has the club, which usually meets twice a week, given children the chance to meet up and play with each other during Covid but it’s helped their parents too.

Some parents were not only new to the Bournville area but new to the country just before Covid struck and were left feeling isolated and alone.

The group brought families together in a safe way and members have supported parents who needed help with translation skills and getting essential items and support during lockdowns, including accessing food banks.  They have also been able to connect some families to voluntary support organisations like the Northfield Community Partnership.

The club has secured funding from Street Games Fit and Fed campaign to run the holiday club which is taking place at Shenley Court Hall and Oddingley Hall. As a result, children have been able to enjoy a healthy lunch, sport ranging from basketball and badminton to golf and cricket as well as fun educational activities like making their own model volcanos and learning about water filtration.

To deliver the summer programme, the club has partnered with Approachable Parenting Community Interest Company (CIC) and is in the process of registering as a CIC in its own right.

Bournville resident Salaheddin has been instrumental in setting up the club, which his three children attend, but is quick to explain that it is a group effort.

He said: “We started with nine or ten children meeting in the park, then we got parents’ details, started a WhatsApp group and it grew and grew. The kids have been hiking and canoeing and we even did stuff when it snowed.

“We have a committee of parents who run the club and the holiday club is staffed by young people who can relate to the younger kids. There is probably 17 or 18 different nationalities in the group, it’s very diverse and everyone is welcome. We have got funding to take the children on a residential to the Peak District which for some, will be the first time they have left Birmingham since they came to the city.”

The club is working with Bournville Village Trust to find a permanent space to run from and Salaheddin hopes other parents will be inspired to follow in their footsteps.

“Lots of parents want to do stuff for their children, you just have to be resilient and go for it.”