Telford Village welcomes Christmas in with a bang 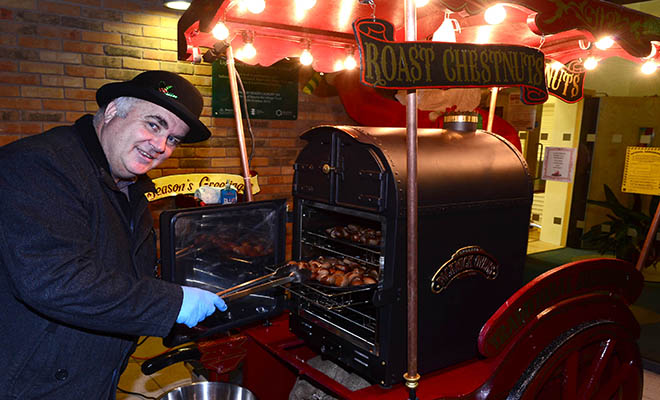 Christmas started with a bang in a Telford village with 600 people attending a festive fanfare featuring fireworks, a ‘flashmob’ and fairground games.

Visitors browsed a variety of stalls selling everything from Christmas trees to seasonal refreshments, and children enjoyed a host of traditional fairground games, rides and a Grotto.

The ‘Telfordaires Barbershop Singers’ performed festive favourites to entertain families and there was a ‘flashmob’ of children performing Frozen favourite ‘Let it go’ as a surprise for the crowd.

To close the event, the sky above the village – which will feature 1,000 homes including ones for social rent once it’s complete –  was lit up by a colourful fireworks display.

Fleur Hemming-Mount, Community Development and Involvement Manager at Bournville Village Trust, said: “The Lightmoor Christmas Cracker was a fantastic way to begin the Christmas festivities, it was great to see so many residents taking part and enjoying themselves.”

Lightmoor Village in Telford is a major housing development which will create homes as well as a host of community facilities once it’s complete.

It’s being developed through a joint venture between housing association and charity Bournville Village Trust (BVT) and the Government’s Homes and Communities Agency (HCA).

Inspired by Bournville village in Birmingham, which was developed by chocolate-maker and BVT-founder George Cadbury, it currently has 500 homes, a primary school, nursery, retail units, medical centre, community centre and an extra-care housing scheme.