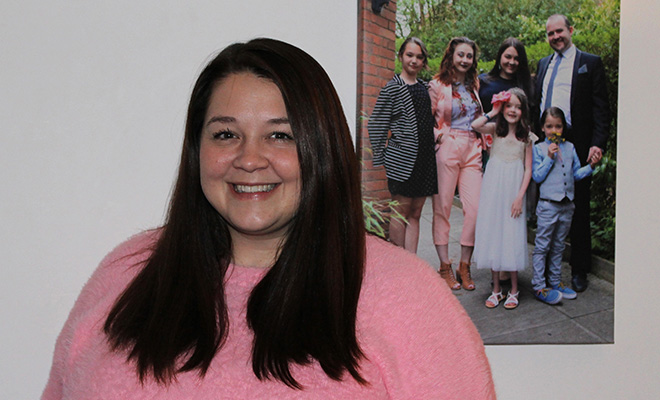 It is the beautiful Birmingham village founded by a famous chocolate-maker who had a heart of gold.

Now residents of Bournville, built by philanthropist George Cadbury, are opening up about their lives in a bid to tackle the stigma associated with living in social housing.

Tenants including a working mother-of-four, a former pub landlord and a Scout leader are all sharing their stories in a bid to dispel the negative portrayals of social housing tenants.

Their stories, along with those of other tenants in Birmingham and Telford, will be published on the website and Facebook page of housing association Bournville Village Trust, which is backing a national campaign called ‘Benefit to Society – See the Person’.

The campaign was launched to challenge how people think about social housing tenants, including misrepresentations like being associated with exploiting the benefit system and living in rundown estates.

It also follows a speech made by Prime Minister Theresa May late last year in which she said too many people look down on social housing and it does not house “second-class citizens”.

Jessica Allan, Community Development Manager at Bournville Village Trust, said: “According to the ‘Benefit to Society – See the Person’ campaign, nine out of 10 social housing tenants feel they are portrayed negatively by the media and our Prime Minister also recognises there is a stigma to living in social housing.

“Bournville in particular and its residents defy so many of the stereotypes levered against social housing estates and tenants that we wanted to share them and tackle some of the myths.

“We would really like to hear from any social housing tenants of Bournville Village Trust in the wider Birmingham and Telford areas who would like to share their stories and in turn challenge the stigma that exists.”

Sarah Bennett, one of the residents taking part in the campaign, has been a tenant with Bournville Village Trust for six years and is a busy working mother-of-four.

“With both of us in full time work and a busy home life, with four kids and their clubs and activities, it is great to know that if there is a major problem, like a leaking roof or a boiler breakdown, then this will be sorted for us and covered by our rent.

“I think of myself as a ‘Bournvillian’ as I have been connected to this area all of my life, even my professional life. I’ve recently become a volunteer with Bournville Village Council [a resident association] helping out as the secretary to the committee and at their festivals and events.”

The ‘Benefit to Society – See the Person’ campaign has brought together 26 housing organisations across the country and is commissioning an academic research programme into the problem of stereotyping social housing tenants.

Bournville Village Trust was founded by chocolate maker and philanthropist George Cadbury in 1900 and is a housing association and registered charity.