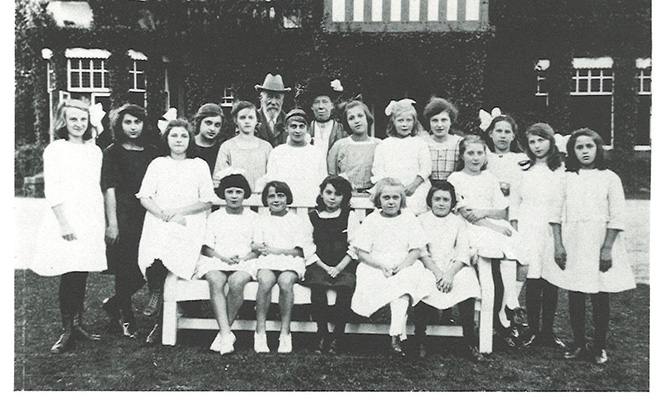 They campaigned for freedom, helped refugees and supported the war effort yet the stories of some of Birmingham’s most inspirational women have often been left untold, until now.

To celebrate Women’s History Month, Selly Manor Museum has organised a special evening of enlightening talks focused on shining a light on some of the City’s bravest women.

They include women of the Birmingham Suffrage Society who in a bid for freedom and constitutional change, carried out daring campaigns from 1909 to the outbreak of WW1.

The rarely told story of Bournville’s Quaker women will be explored too, including their role in helping civilians in countries affected by war and famine, and refugees both at home and abroad.

‘Cadbury’s angels’ will also be celebrated for their contribution to the war effort which saw them volunteer in auxiliary hospitals and parcel thousands of gifts for servicemen abroad.

The talks will be delivered by some of Birmingham’s leading authors and lecturers including, Dr Nicola Gauld, Fiona Joseph and Dr Sian Roberts.

Tia Shah, Heritage Engagement Officer at Selly Manor Museum, said: “Women’s History Month is about celebrating the extraordinary women who made an impact on our history, culture and society yet are often overlooked.

“In Birmingham this includes women like Julia Varley, a trade unionist and suffragette. Not only did she establish a branch of the National Federation of Women Workers at the Cadbury factory but she also organised strikes for workers’ rights and pay.

“This fantastic evening of talks will explore stories like Julia’s and so many others, ensuring they aren’t forgotten and that their lives and successes are rightly celebrated.”

Booking is essential and whilst the event is free, Selly Manor Museum welcomes donations towards the upkeep of the museum and its heritage services in order to allow it to promote Bournville’s heritage more widely in the future.

For further details and to book, go to https://sellymanormuseum.org.uk/events/2022-03-10/womens-history-symposium

Opened by George Cadbury, Selly Manor Museum is one of Birmingham’s most historic visitor attractions and welcomes thousands of people every year. Made up of two distinct buildings, it brings Tudor history to life with interactive exhibits, tours, talks and special events.

George opened the Museum after he rescued it from destruction and much of its beautiful collection was donated by the chocolate-maker’s son Laurence.

To find out more about Selly Manor Museum, which is managed by Bournville Village Trust, please visit www.sellymanormuseum.org.uk