Volunteers needed for study into heritage and happiness 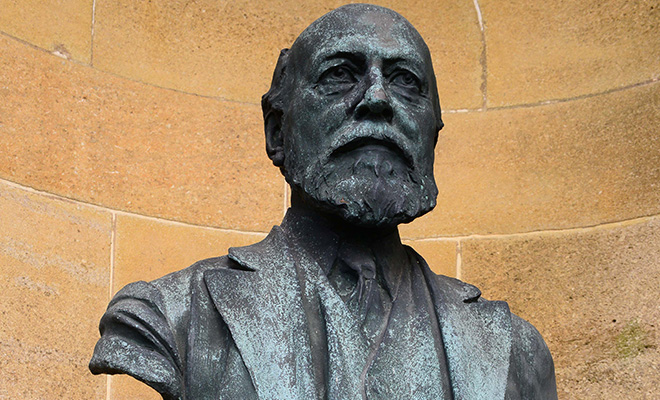 It has been described by academics as one of the nicest places to live in Britain.*

Now a new research study is trying to uncover if the unique heritage of Bournville in Birmingham also makes it a happy place to live.

Doctoral Researcher Tess Osborne is carrying out the study into urban heritage with support from Bournville Village Trust (BVT) which manages the garden village.

She will work with 20 volunteers to uncover which areas of Bournville, created by chocolate-maker and BVT-founder George Cadbury in the 1890s, make people happiest.

Each volunteer will wear a bio-sensing wristband as they walk around areas of ‘perceived heritage’ in the Village to see how they emotionally see the environment.

The findings will then be used to create an ‘emotional map’ of Bournville showing where people feel the most relaxed.

It will also be used to produce a series of videos about people’s emotional reactions and attachments to the area.

Tess Osborne, who is studying at the University of Birmingham, said: “This research uses new technologies to see how people emotionally perceive their surroundings.

“Not only is this the first research of its kind, but it has the potential to further demonstrate why the unique heritage of Bournville makes the area such a fantastic place to live and work.

“It is my hope that this research will stress the importance of heritage conservation and preservation.”

Peter Roach, Chief Executive of Bournville Village Trust, said: “We work hard at BVT to create and sustain flourishing communities where people choose to live and believe that our heritage and our commitment to good quality open space are important ingredients in promoting a sense of health and wellbeing.

“It will be interesting and helpful to test that belief through this research study and we look forward to seeing the results.”

If you would like to volunteer to take part in the study, which will include an interview and a guided walk around Bournville, please contact Tess Osborne by the end of October by emailing t.c.osborne@pgr.bham.ac.uk

*Based on research carried out by the Joseph Rowntree Foundation – ‘Neighbourhoods that Work – a Study of the Bournville Estate, Birmingham’