Home > Our Business > Our History and Ethos > The Bournville Story

Bournville Village Trust was founded in 1900 by world famous chocolate-maker and philanthropist George Cadbury with a gift of 313 homes.

George founded the Trust, as a custodian of Bournville, following the death of his brother Richard in 1899 which had a profound effect on him.

The establishment of the Trust meant that even after his death, the homes George lovingly developed would still benefit those in need.

Contrary to popular belief, Bournville was conceived for people from a wide range of backgrounds and not just for workers of the chocolate factory.

When early in the development, George found people were buying up the beautiful arts and crafts homes to sell on for huge profit, he started building homes for rent.

Known as the ‘Ten Shilling’ or ‘Sunshine Houses’, these homes were set at an affordable rent to help families on low incomes.

Today these homes, amongst many others, are still rented to people on low incomes. In fact, we manage almost 8,000 houses of mixed tenure in Bournville and other areas of Birmingham and Telford.

We also manage parks and open spaces, and provide a host of community services.

In 2005, we started to develop a brand new village in Lightmoor, Telford, which once house-building is complete will have 1,000 homes. While Lightmoor has its own unique sense of place, its management has been influenced by the stewardship of Bournville.

Bournville Works Housing Society (BWHS) was founded in 1919, with the Cadbury company providing a large proportion of the capital.

Around 40 acres of land was leased from BVT and by 1928, the Society had built approximately 350 houses. The Society now has 313 properties. In January 2011, the Society joined BVT and became recognised as charitable in March 2011.

George Cadbury and his older brother, Richard, had made a success of their father’s chocolate business, moving it from Birmingham city centre to its present site, then in the country, in 1879.

The area around the new ‘factory in a garden’ was named Bournville.

‘Bourn’ was the name of the local stream, and ‘ville’ because of the French rivalry in chocolate-making at the time.

Although rural, Bournville was also already serviced by a new railway station, right next to the canal, and the Cadburys began to develop their factory in the new village.

In 1893, George Cadbury bought 120 acres of land close to the factory and planned, at his own expense, a model village which would ‘alleviate the evils of modern, more cramped living conditions.’

Houses were traditional in design but also came with large gardens and more modern interiors.

The designs in Bournville became a blueprint for many other model villages in Britain and many have credited the village with laying the foundations for the development of garden cities and introducing the benefits of open space into modern town planning.

The Cadburys were particularly concerned about the health and fitness of workers and incorporated parks and recreation areas into Bournville, encouraging swimming, walking and sport.


Categorised in: Our Business, Our History and Ethos 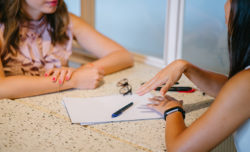